Unexplored beyond this point 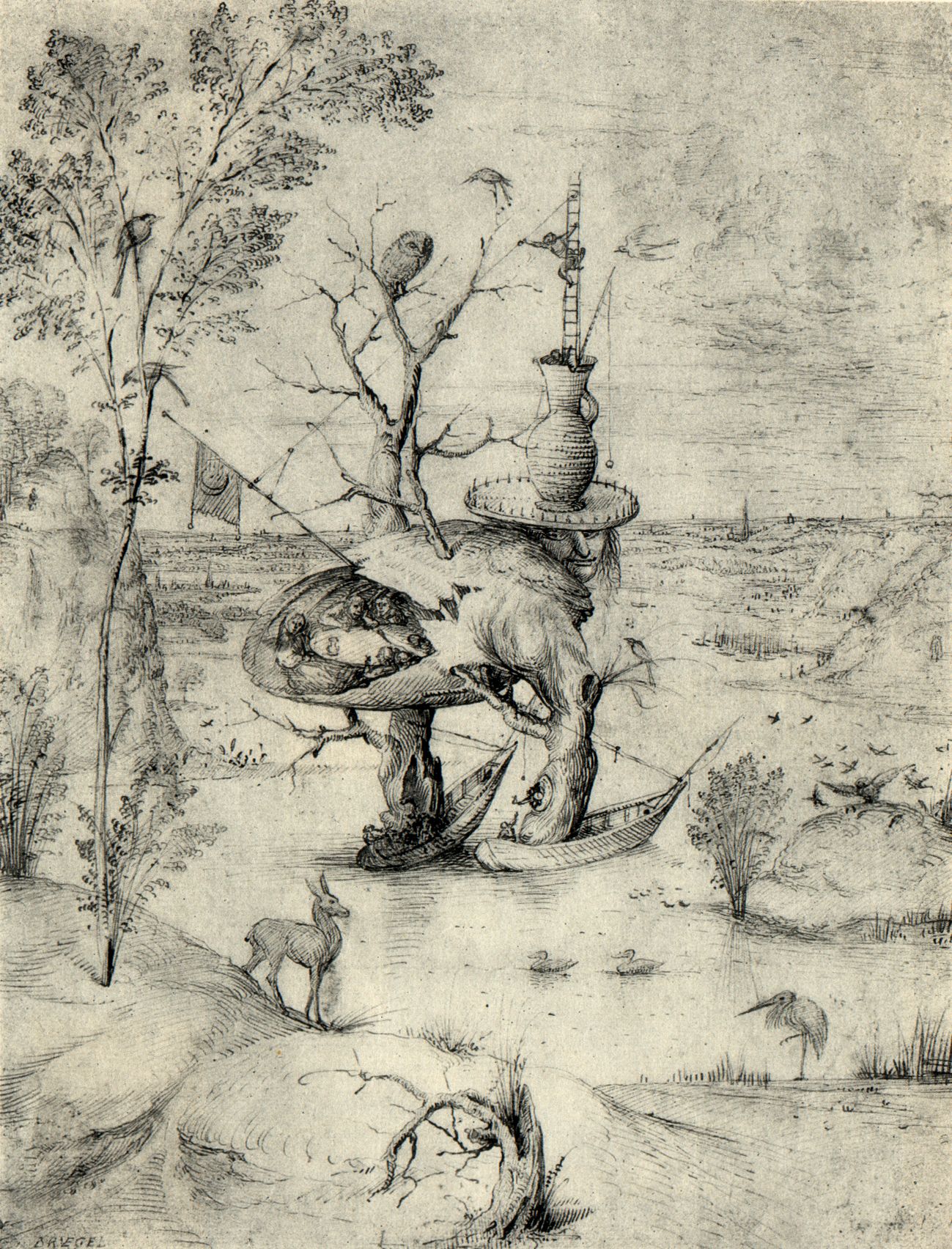 Unexplored beyond this point is a research begun around 2007, often not curated the way it should have been and sometimes not dealt with due depth. In the last three years, however, these in-depth analysis have become extremely felt and to me they do represent a way to acquire awareness of the world. 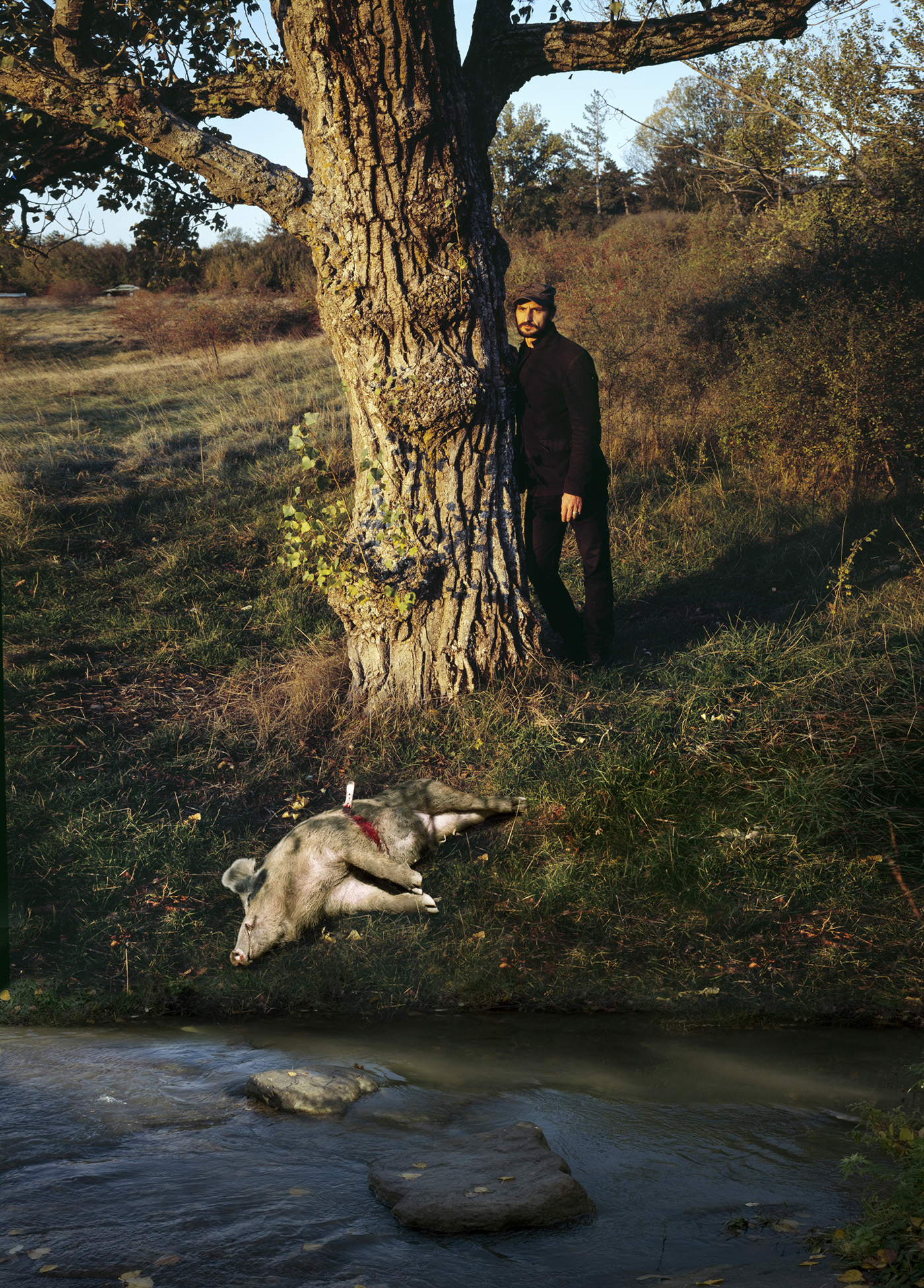 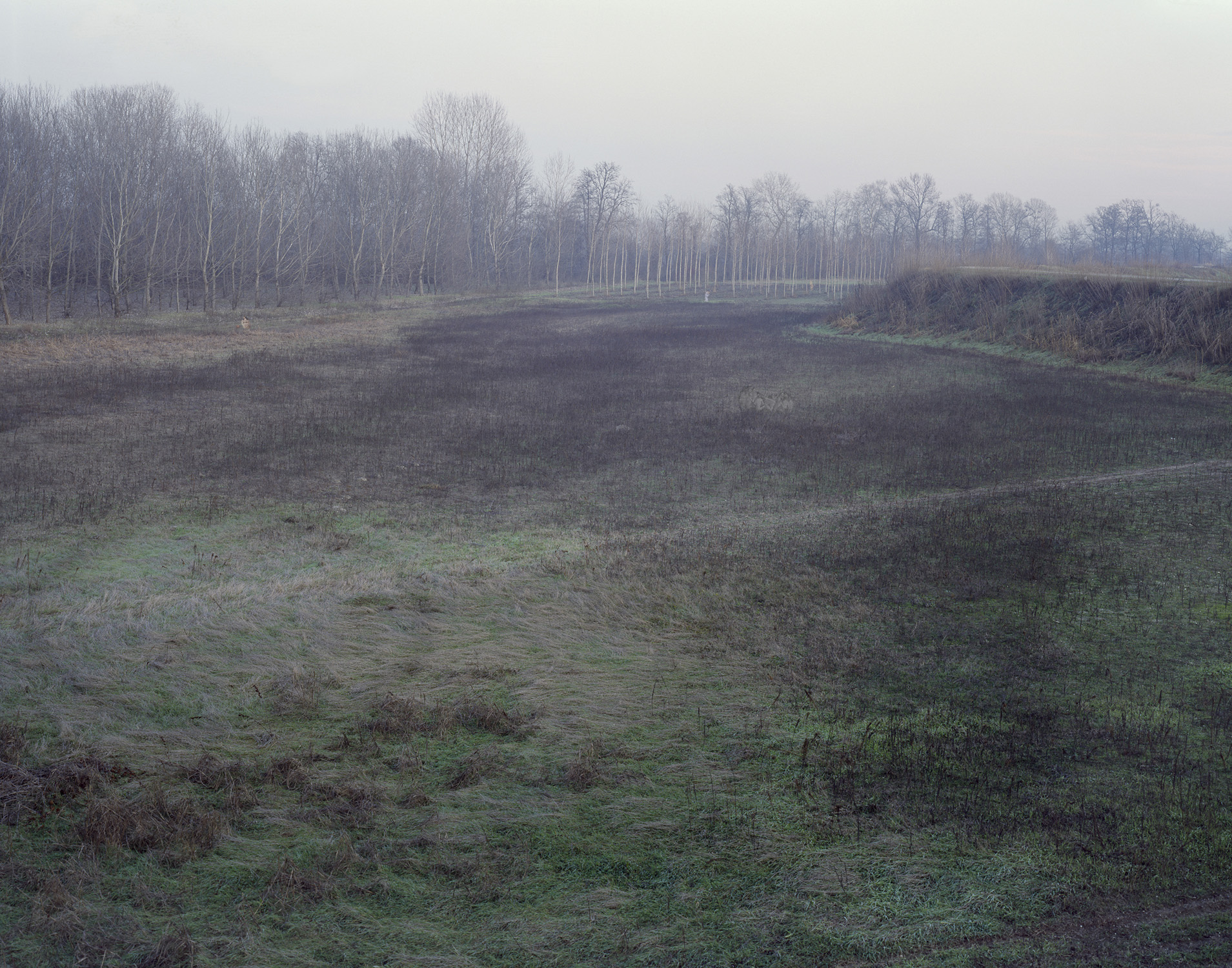 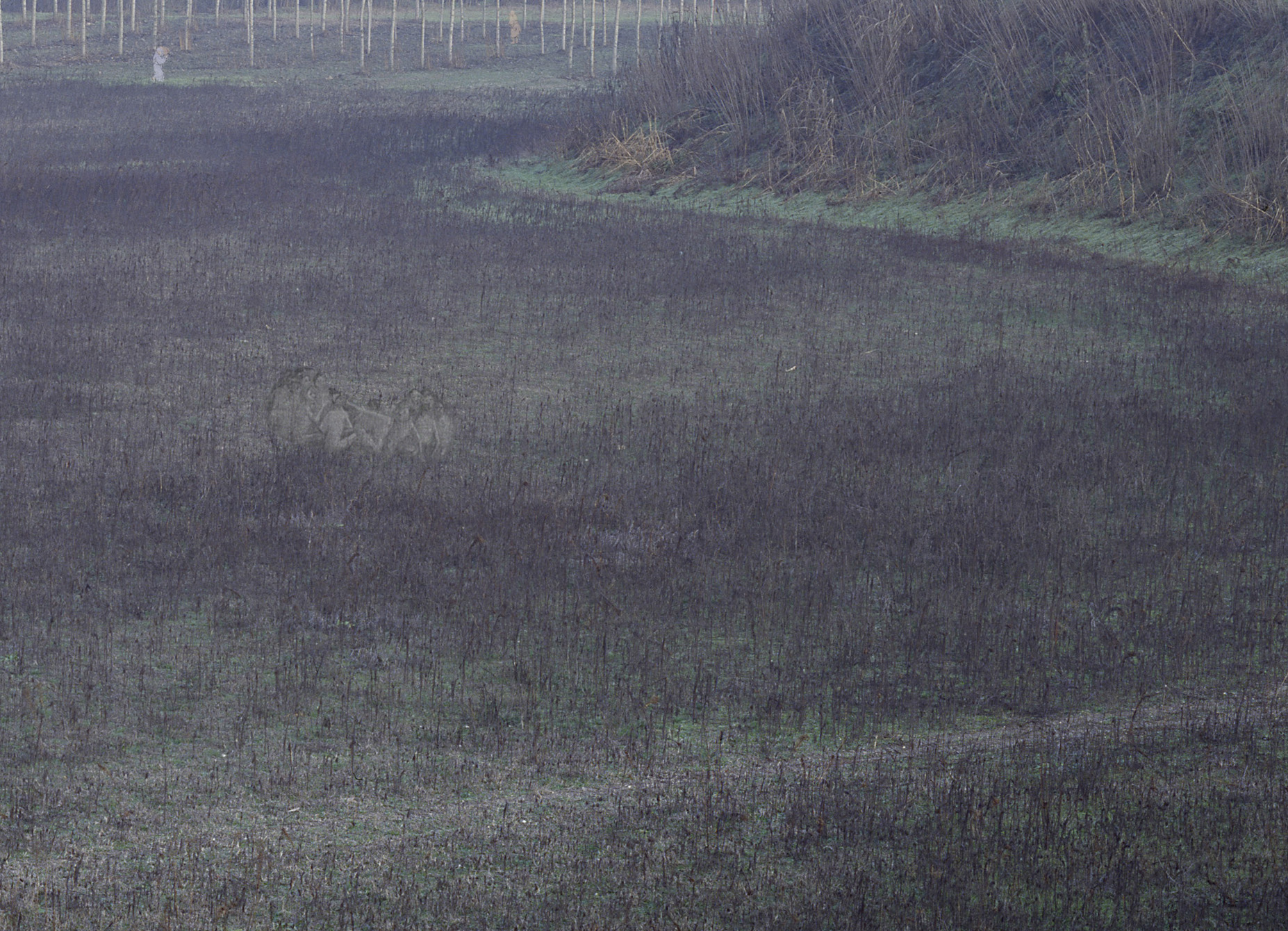 Building a theory is a complex procedure that requires considerable knowledge, however, to develop a theory, one can use a scheme of a model that can guide the researcher in the development of his theory.

The jarring note in this way of operating I would say lies precisely in the exploitation of a model or rather of a theoretical reference scheme on which to base or orient oneself. 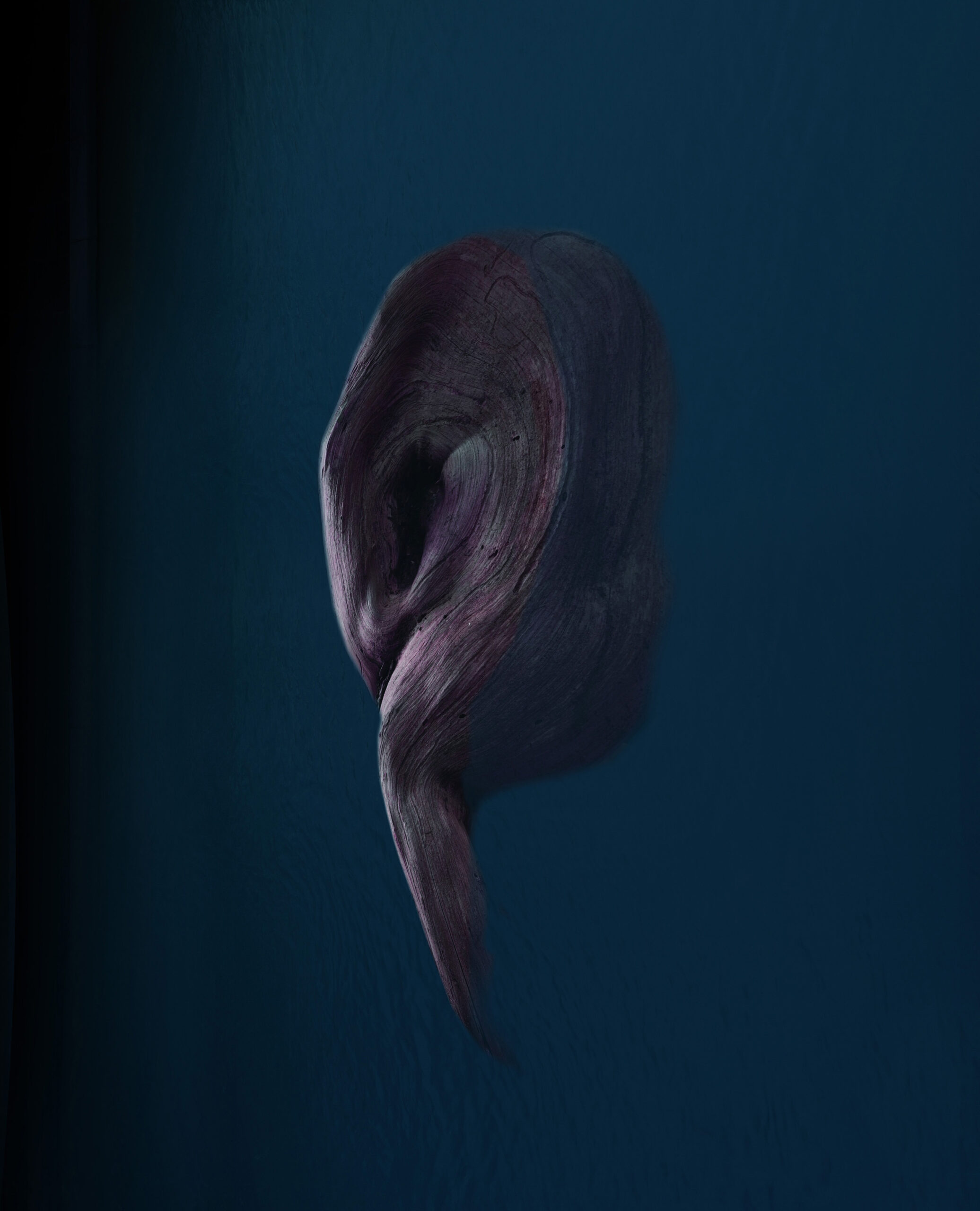 In interpreting the frescoes of the Schifanoia Palace in Ferrara, Warburg also took into account the study of astrological images present in a medieval arcane and secret book called Ghayat Al-Hakim (The aim of the wise), nowadays known as Picatrix. A very debatable book considered the summa of Hermetic magic. Marsilio Ficino contributed to spread Hermetism ideas into Renaissance. He named Prisca Theologia or pia filosofia, an archetypal, eternal, true, pure and only religion that can be traced in esoteric disciplines, Neoplatonism, Hermeticism, Jewish Kabbalah, esoteric Astrology and others sciences that have survived time and ages and apparently descend from Mythology. All those disciplines tend to create an unitary knowledge (the magic), imply a spiritual growth and want to harmonize, the earth, human beings and the cosmos by means of images. That’s what the Myth is: the kingdom of a far away time thinking that is still present as it is deposited under the layers of the history of humanity, in our knowledge and imaginary.

There is a strong link between Warburg’s philology, the occult sciences, the Hermetic or Mythic theory and praxis. For example the thought-space (Denkraum) and the metaphorical distance are Warburg concepts that we can easily come across in those disciplines. The space-time connections that a man is able to undertake through images are more than fascinating.1

1Albert Einstein: “Ciò che è inconcepibile dell’universo è che sia concepibile”- “What is inconceivable of the universe is that it is conceivable”. 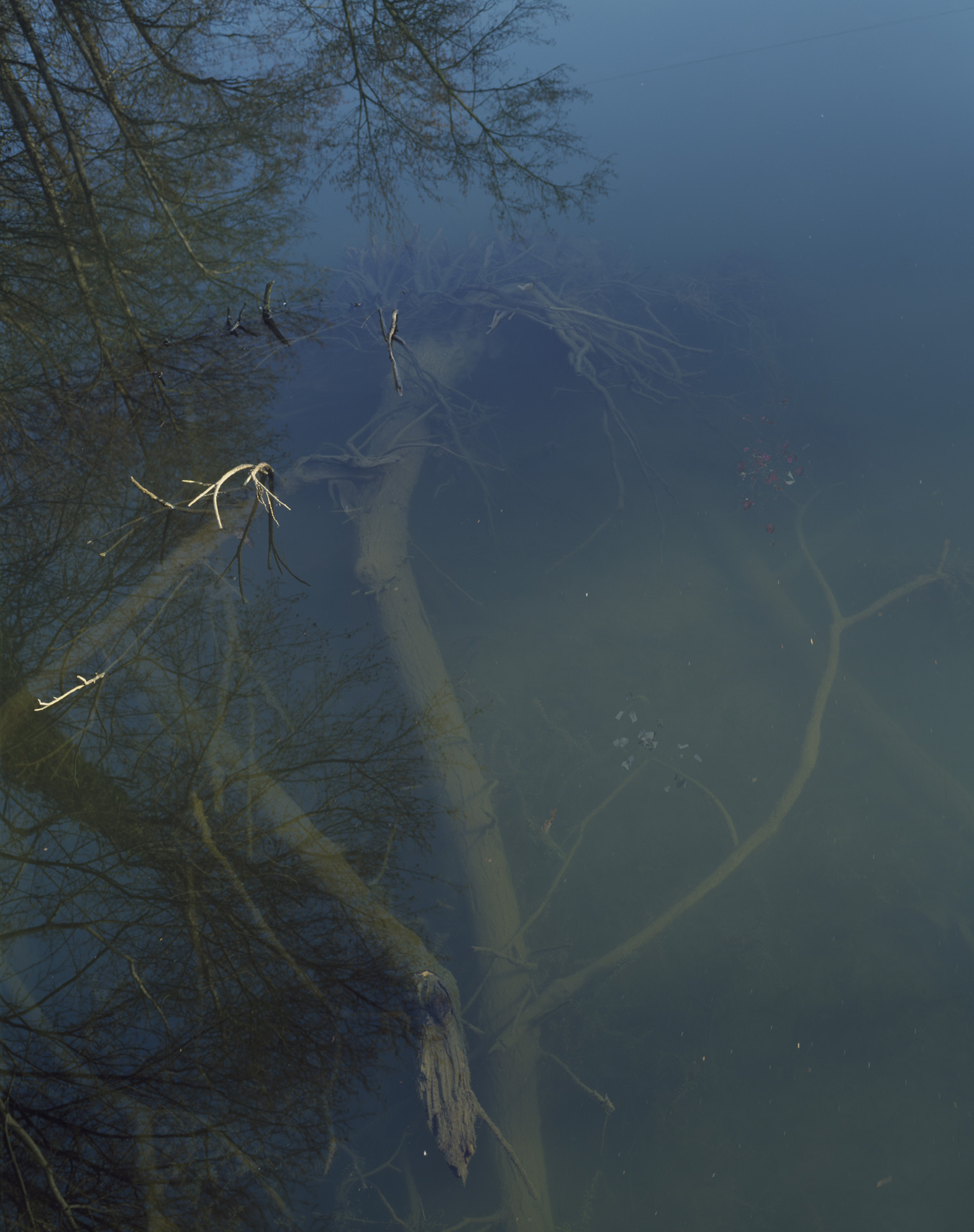 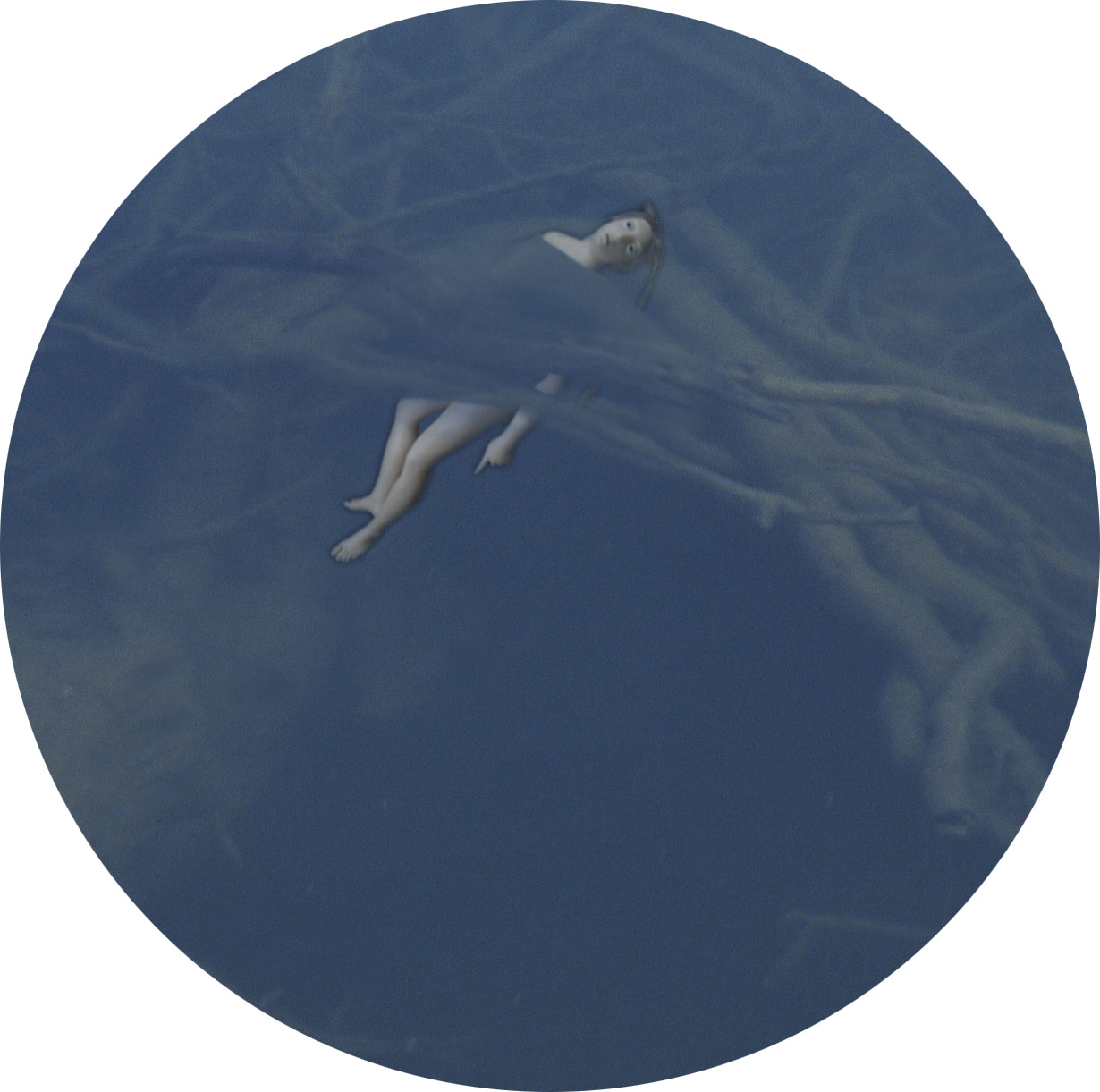 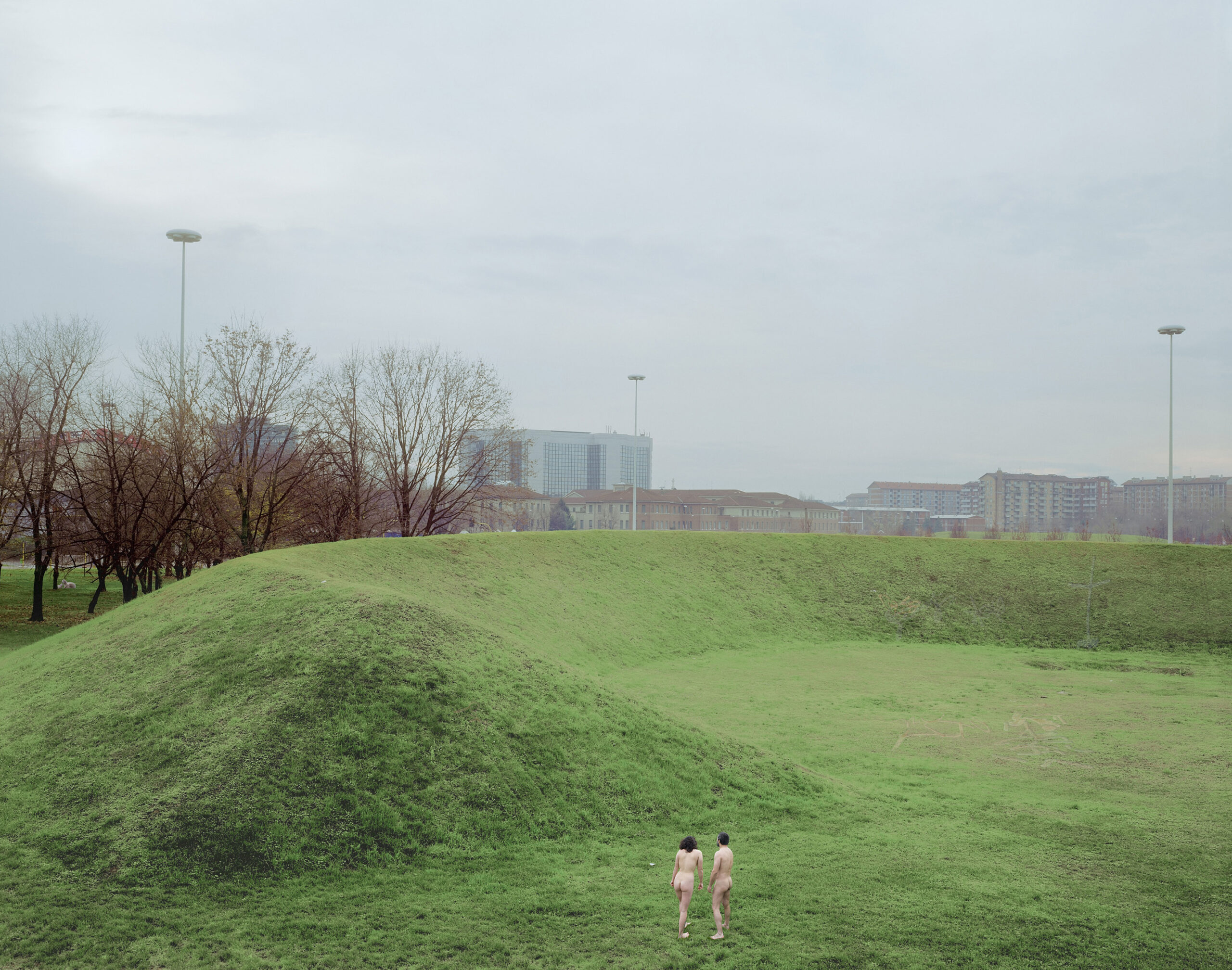 For those who search and are interested in visual culture it is hard to think not to try to go back to the origin of the Myth and push themselves to explore the esoteric world. If so, it’s necessary then to be prepared to go backwards in those times and places where images were hard-edged: they arrived directly from the skies and from the powerful soul of nature without being filtered, as far as I know, by letters and words. In fact, at that time human beings were immersed and permeated by images and therefore there was no need for a logical interpretation (the way we do now), appearances weren’t physical things to discuss about: there was no separation between the subject and the object.

In my book “La battaglia delle immagini”2 I declared images shouldn’t be considered as something foreign: we do live together with them even if they are produced by us. I mean that all technical images mix and live together with those produced by nature and men; they surround us and create the reality we deal with, but generally we observe them as if we belong to another world. The same we do with nature and human constructs.

This is “the insufficiency of the [contemporaries] usual conceptions”3, it depends on the narrowness of mechanistic thinking, that is why we approach reality as if it were alien from our individuality, our separated being.

To focus on how similar Warburg and hermetic or esoteric approaches are, I just want to underline how much the thinking and the invisible are preeminent in both studies. In A, B and C Mnemosyne Atlas panels we run across history and we grasp the polarity between magic and the scientific world. The search for the origin of the manifestations of the things of the world are the labor that often leads humanity to take asylum in religious faith, beliefs and the dogmatic world. Hermetics knows that in order to understand the manifest is necessary to search the invisible, and the thinking is invisible. In those three panels, as in the study of Warburg’s work in general, it is necessary to carry out acts of thinking. But, more than trying to interpret only the iconological meaning of images or the individual artistic expression we need to blend ourselves with the thinking. Warburg constellation of images are meant to sound out time and to dialogue with history by means of intense emotions (Pathosformel). 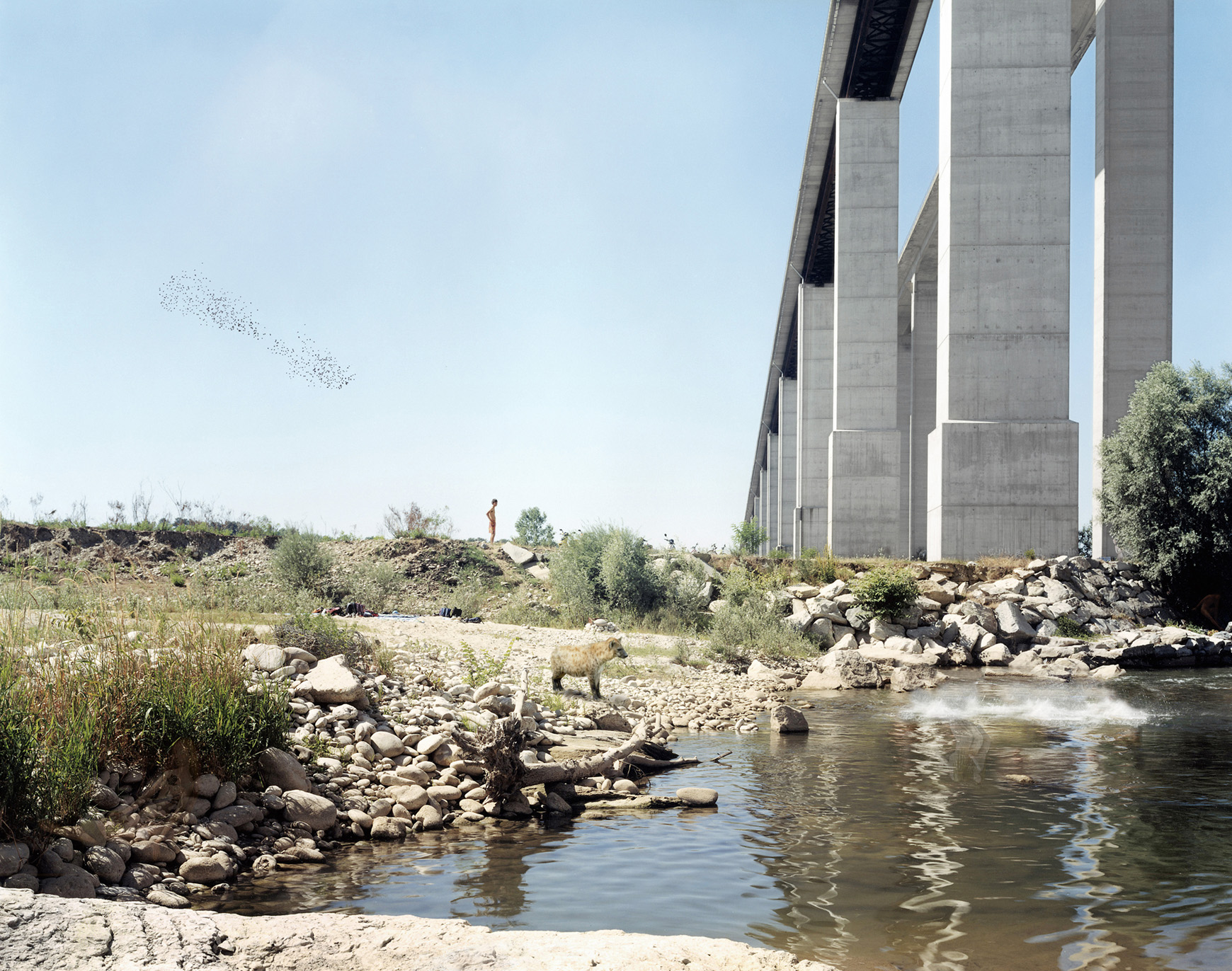 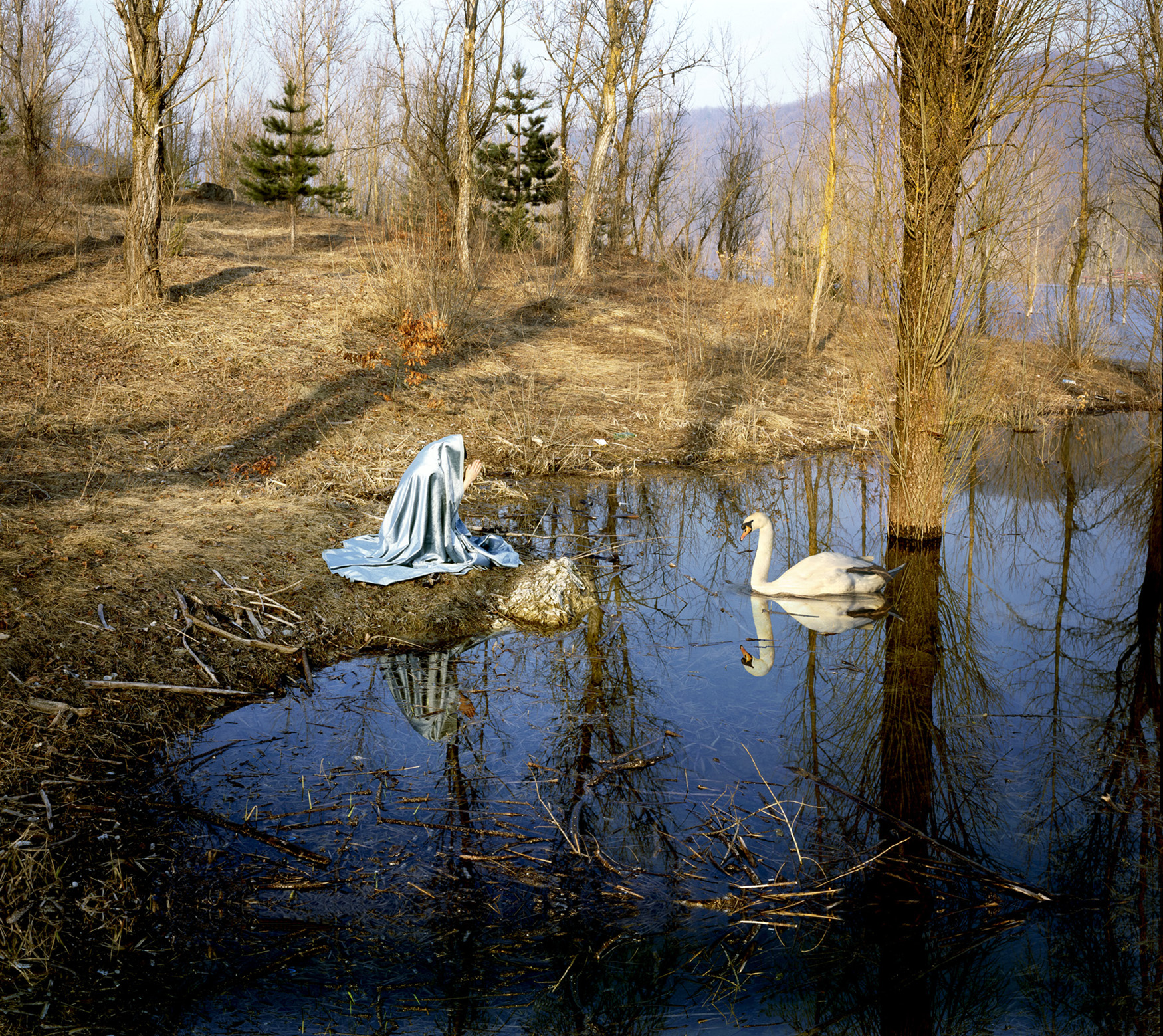 So what is the thinking, what is the invisible? We can assume the thinking is the supernal gift a man has available. It is the link to a deeper concept of existence, a creative act that for some reasons can be considered nowadays the contrary of those futile emotions which are not conveyed into perception and observation. The invisible is inside the visible (in-visible). It means that the visible hides the invisible to our simple senses and it is what allows things to be visible, perceivable to our senses. The in(visible) is the arcane law of our existence.

So, if we proceed to consider images and proto-historical things with our cultural and cult beliefs, we are traveling along the wrong path. Instead, we must embrace the realm of Myth by returning to the understanding of a different and previous thought which, however, pertains and belongs to us as human beings. In fact, believing that the Myth is a narrative invested with sacredness or a mixture of fantastic plots or invented and incomprehensible fairy tales is pernicious.

We should understand that there have been human forms of thought completely different from ours and also needs and necessities totally distant from our interpretative beliefs. To do so means to abandon the rational construction of reality in order to dig and find inside us something that concerns the history of humanity. We should go back to cyclic nature, leave the linear time and the sequence of “cultural layers” we have arranged to look at the future and that, unconsciously, make us turn away to the past.

What to us seems to be mythic or fantastic was vernacular, in Habermas and Husserl words it constituted the lifeworld. In our time, as it is hidden from the realism of reality, we find it difficult to distinguish or understand what our lifeworld is. We need to accept that what seems to be fabled was the language of a different intelligence.

For some years now I started again to work on a book project that investigates the Myth, the imaginary and the imaginal. I want to build up a sequence of images (exclusively made for this purpose) that want to manifest the thinking of those humans that has given us a treasure that we have lost.4 The book I imagine is a thought-space to create pathos formulas that lead to the mundus imaginalis5 and to set us able to ride the thinking of Myth. The work is considered a constellation of images that on a bi-dimensional place plumb, go through and enter the thinking of those who lived in that era.

“… while every art and science has been developed as many times as possible, and then perish again, these opinions (those of the Myth), together with others have been preserved to this day as relics ..” Aristotle, Metaphysica. (translation is mine).

5“Mundus Imaginalis: or the Imaginary and the Imaginal” an essay by Henry Corbin about the cognitive, analytic, and poetic use of the imagination in a way just not commonly done. 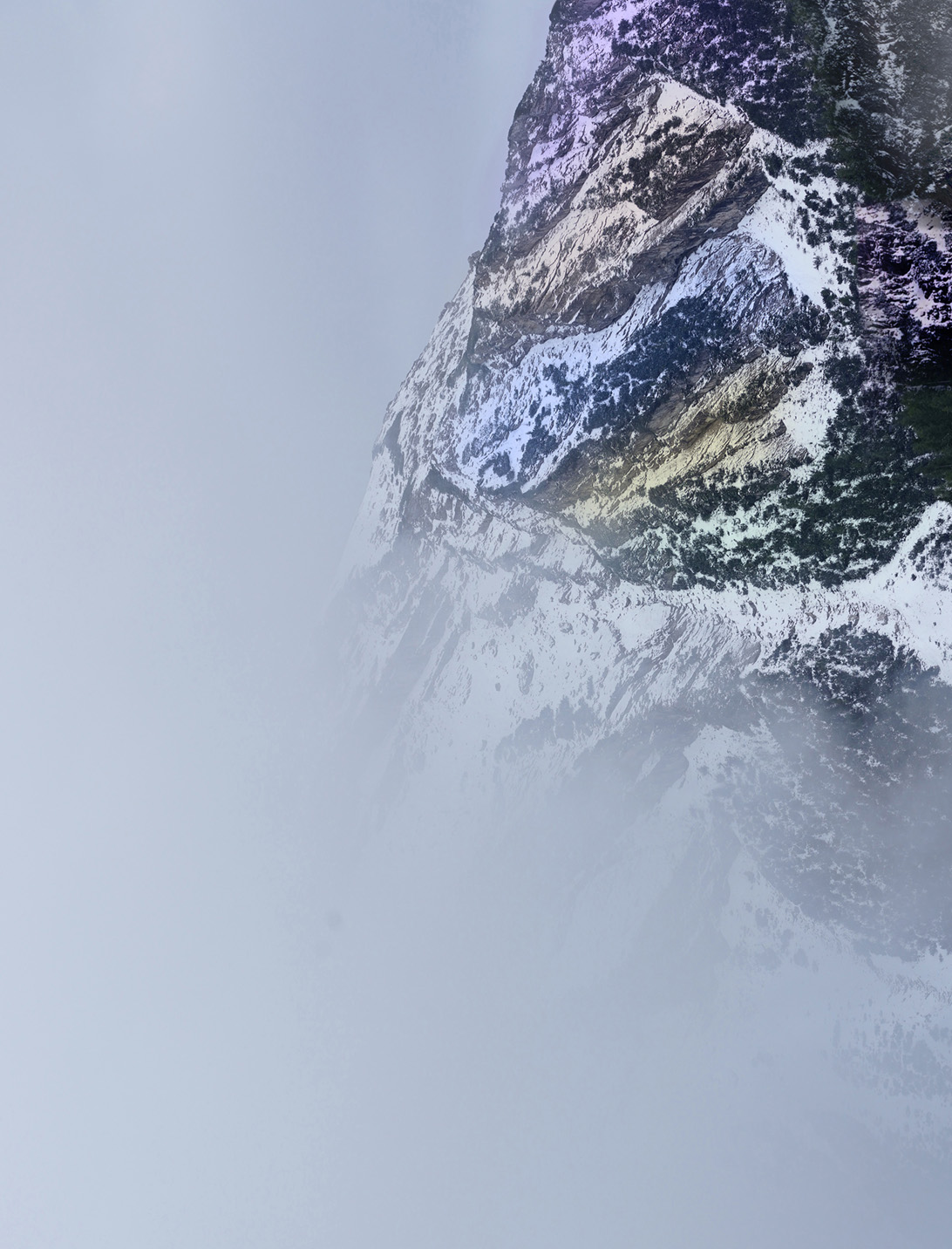 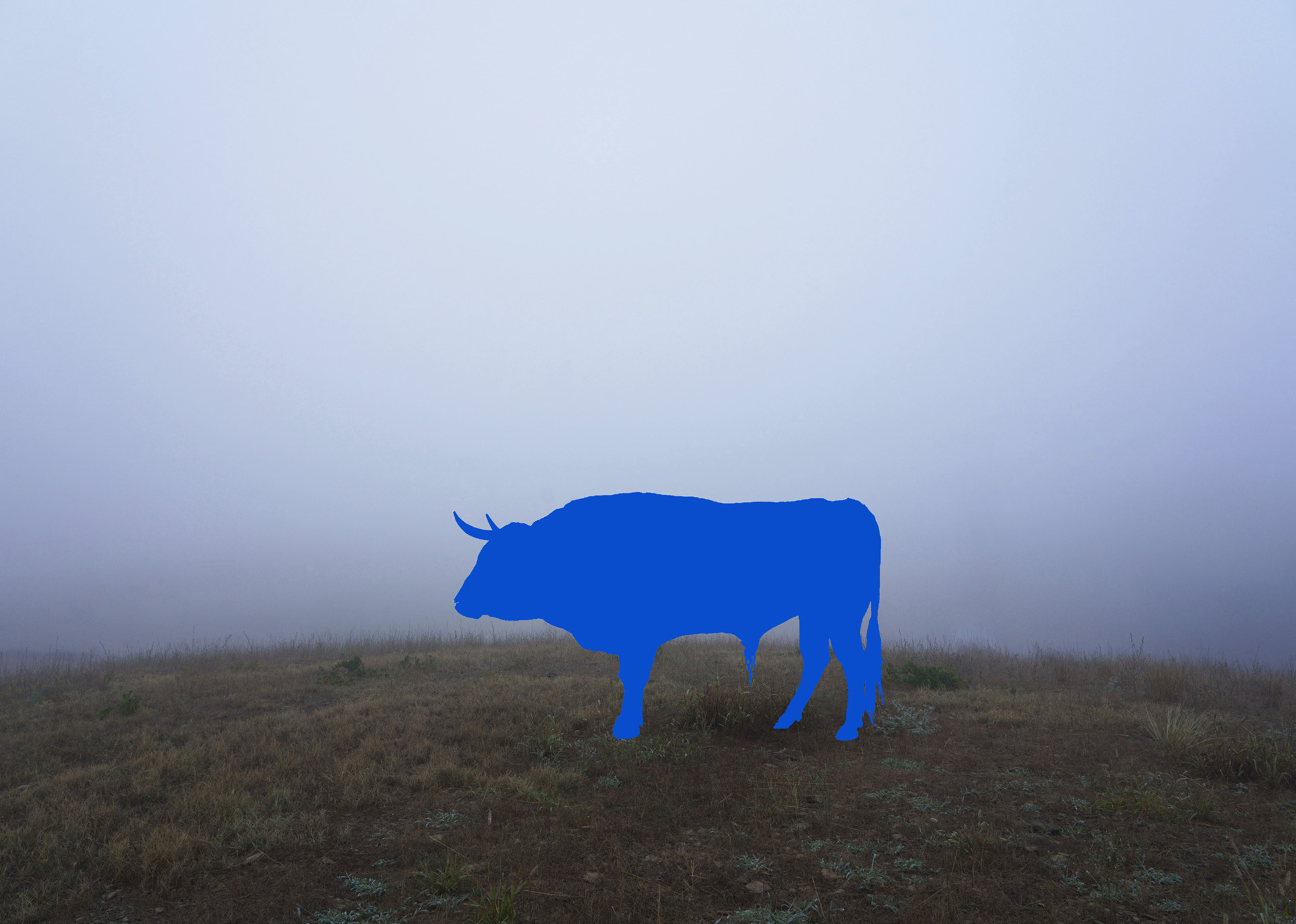 It is quite difficult to precisely trace how the project will look because the dynamic or the dynamism of the time and space are inscrutable. The project is therefore intended as an odyssey that follows “Warburg’s intellectual nomadism, that is, his disdain for disciplinary, conceptual, and chronological boundaries” and will have an heuristic approach.6

A book as an atlas, as a place of simultaneous sensations and visions, a place for thinking. A map of images and signs to follow and to create historical, astronomical and imaginative paths. Being involved in the Myth is also a way to escape from a chimera, our need of safe certainty. My aim is to actualize Myth imaginary through a reinterpretation of Warburg studies and creativity. I would preferably like to carry out the project working in a team in order to create a cozy place where theoretical but also practical-artistic researches can live together.

When I was thinking about the title for this project I remembered of  L’esoterismo di Dante (The Esoterism of Dante), a book written by René Guénon published in 1925 that I read about ten years ago. The book tells us that Dante is constantly providing us starting points for thinking and to envision the traditional sciences, those of numbers, of cosmic cycles and spiritual paths. 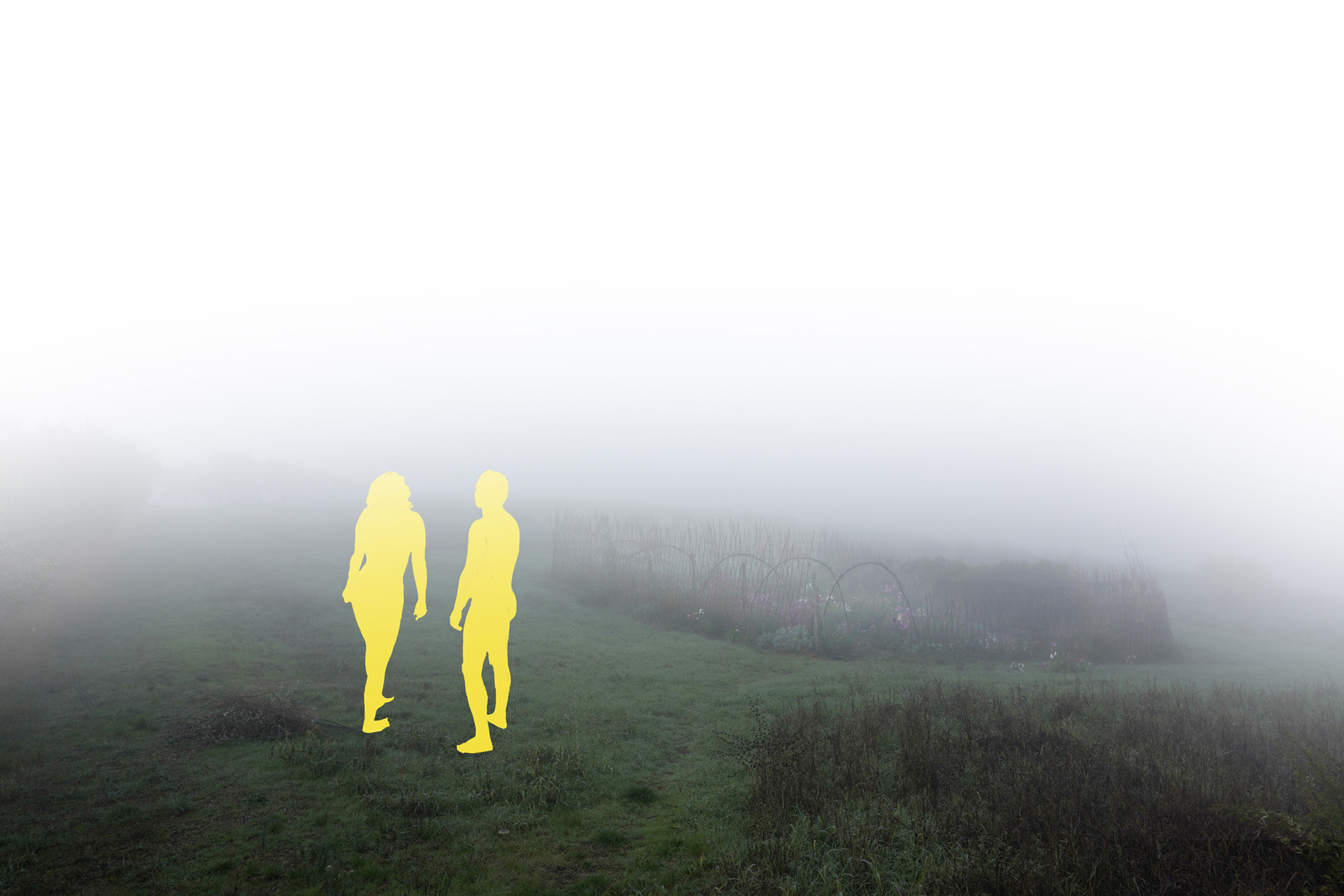