I did not do anything wrong

I sent my book "through the window" to Teho Teardo after he saw my show at Palazzo delle Esposizioni in Rome. He sent some of his music and I fell in love with Plans. It's a diptic!, I thought. A strong drama it's going on and there was something that was making me think of someone who's reflecting upon his/her life and is probably approaching a juncture. There's some trouble going on.

You, the viewer, know nothing about his/her story, you only know that the lonely figure is crying and that she says "I did not do anything wrong".

You, the viewer, are in a advantageous position as the character is giving you her back. 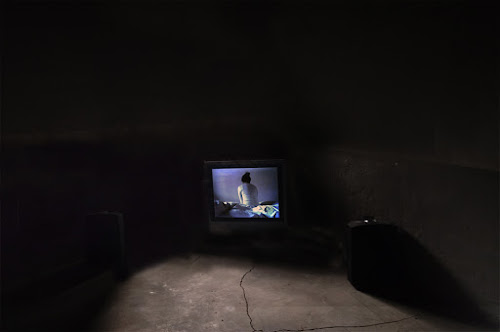 Pump up the Volume!